When reverse engineering an embedded system that is Linux based, one often wishes that they had an examplar system that could be virtualized, if only to gain familiarity with the nuances of the specific kernel version or to learn more about the running applications without needing the native hardware. Make no mistake, this is a bit of a pipe dream when working with bespoke embedded systems, but if you’re working with a more generalized system (or if you just want to quickly spin up a Linux system to test against using QEMU) buildroot is a tool that can be used to generate images that will run in QEMU! The purpose of this post will be to describe how to build specific kernel images for QEMU using buildroot.

So what is Buildroot?

Buildroot is a collection of tools that can be used to build all of the necessary components to get Linux running on various embedded platforms. Using buildroot we can generate the following (and almost certainly more since I am no expert)

The idea behind buildroot is that given a supported hardware target (or QEMU) one can build a specific version of the Linux kernel as well as a root file-system image. Both of these can be customized to the user’s liking but for the purposes of this post we’re just going that will run in QEMU as an example.

First install the following dependencies (my host machine is Ubuntu 18.04):

We’re going to target the ARM Versatile PB board for qemu so use the following defconfig:

Next, you can run menuconfig, and from this menu you can configure everything about your target system.

We’ll change the banner of our system just to make sure that the changes take effect. 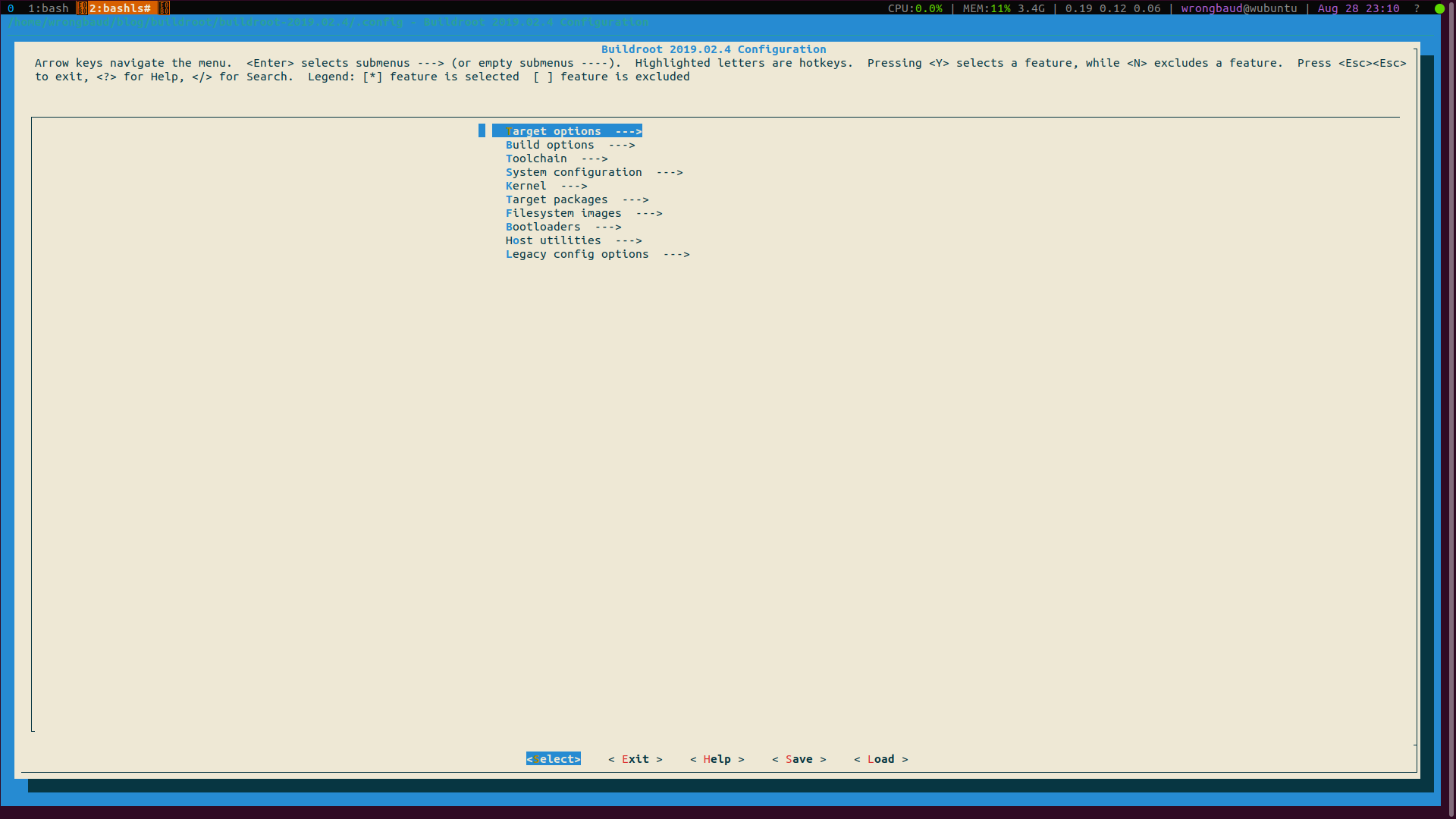 Save your changes and exit, next make the images with the following command:

Assuming this completes without issues, you will find your resulting kernel and root filesystem in output\images

Next we can run and test our resulting image in qemu, use the command line options below from your buildroot directory!

For those of you new to QEMU, here is a rundown of the arguments we used:

Remember when we ran make menuconfig earlier? This can be used to determine what kernel version to build. If we try to build a 3.14.1 kernel what happens? Start by changing the following items in menuconfig

After a while you will notice multiple error messages involving building the kernel and the host toolchain!

There are multiple issues here with how we’ve tried to configure it, mainly that being that we are trying to build an old kernel with a new version of GCC. In the next blog post we will look into how to mitigate some of this and set up a reproducible environment for building older images using Docker!

Using buildroot we were quickly able to spin up a 4.19 Linux image that could be run in Qemu. This could be useful when performing vulnerability research, reverse engineering or when trying to reproduce other people’s work that targets a specific Linux kernel version!

Background In my last post, we managed to dump the firmware off of an Xbox One controller by using the Single Wire Debug interface. Now that we have the firmware image as well as the target CPU de...

Background The Tricore CPU architecture is commonly found in automotive embedded systems, often running an RTOS or even just bare metal firmware. This post will go over setting up an entry level t...

Godzilla Vs. Kong Vs … Ghidra? - Ghidra Scripting, PCode Emulation, and Password Cracking on a GBA ROM Overview This month Godzilla Vs. Kong is being released. As a long-time Toho/kaiju fan, I th...